Dissension in the ranks, lol!

Personally I'm ambivilant towards the whole thing, but if pushed I have to side wiv tha Kekster on this one.
Posted by N.E. at 3:55 PM 3 comments: 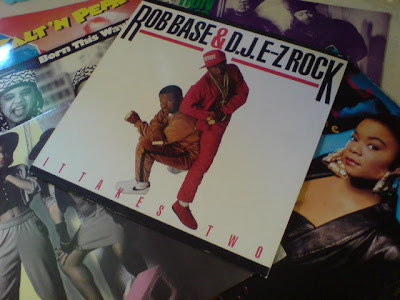 The eighties nostalgia continues unabated at Gutter HQ. So now I've been dusting off the 'Pop Rap' elpees - the kinda records that dropped-off the critical map eons ago, but which, I'm sure, exerted more influence than we care to remember. So who's prepared to stand-up and be counted as fans of early Salt 'N Pepa, Cookie Crew, L'Trimm etc? (I always liked the female rappers best). But then of course there's Rob Base and DJ E-Z Rock, who cut possibly my favourite Hip Hop hit "It Takes Two", which is still the definitive example of the JB samplin' "Whoo! Yeh!" vocal loop. The subsequent album is admittedly a bit of a mixed-bag. In fact most of side 1 is a bit dodgy, but side 2 is rockin'. Opening with their other big hit "Get On The Dancefloor", which like Todd Terry's stuff from that period, has that big proto-rave riff running though it. "Keep It Going" feels particularly prescient, revolving around a big dirty Amen break, nagging spooked-out guitar note lifted from the intro to ESG's "UFO", and vocals that gradually slide from standard US rap delivery to Jamaican soundsystem patois, like it's anticipating Shut Up and Dance and Jungle (and let's not forget that SUAD always claimed their music was 'fast hip hop', rather than rave). I hear so many future-echoes in this music...surely it had a subliminal effect on all those British B-Boys turned Ravers..?
Posted by N.E. at 12:56 PM 2 comments:


Hard to believe how mind-blowing Cool J was when he first exploded on the scene. He never bettered that debut album, imho.

Basically, when it comes to Hip Hop, I'm an Eighties man. It was great before the fucking rare grooves started appearing. Great before they started adding bloody basslines, melodies etc. Just gimme an 808, some tight scratching and a decent MC and I'm happy. You say I should listen to more Crunk. Yeah probably, but y'know I'm perfectly content with this shit. 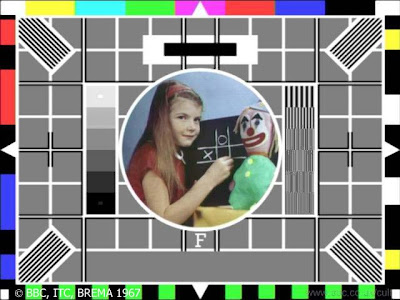 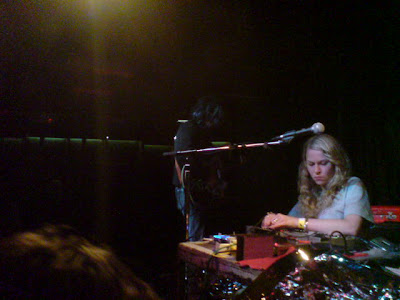 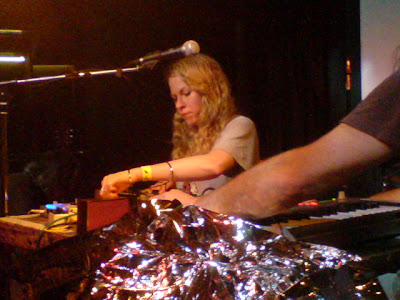 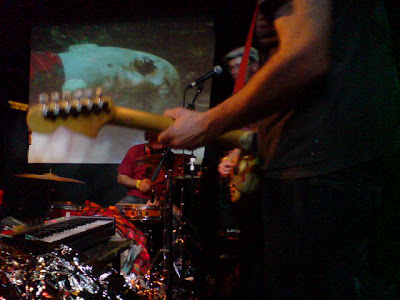 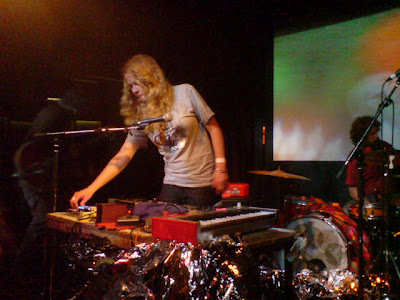 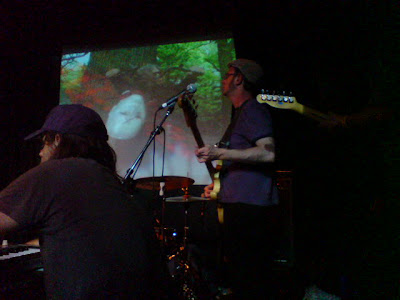 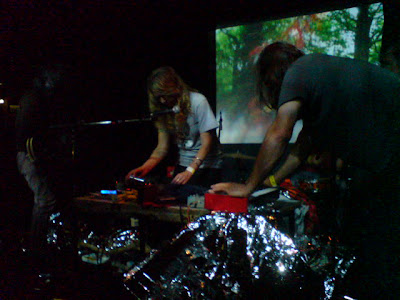 A minor spate of writing extolling the virtues of the humble cassette tape from Simon and Derek
(and of course the subject is never far away over at Kek's). I haven't read Woebot's Fact piece, cos I still haven't worked out where I can actually pick-up a copy of the damn thing (if it ain't in the racks at my local W.H.Smiths, I'm basically fucked) but can totally relate to Matt's assertion that cassettes have a "sonic superiority--warmer, fuller, stronger" over MP3s. I still play cassettes all the time, mainly in the car. On the odd occasion where Mrs. Gutter decides to jack her iPod Nano into the car's stereo, I have to adjust the EQ - turn-up the bass, lower the treble - in order to achieve a sound that comes barely close to the warm, full-bodied tape sound. Derek's description of tapes changing "like a patchwork quilt as I've dubbed new things next to old" is spot-on too. I'm always over-dubbing new tracks and self-made mixes over older ones, and am often surprised by the things that suddenly pop-up towards the end of a tape, as the new layer is peeled away to reveal earlier recordings (most recent example: deep techno mix giving way to N-Type Rinse FM broadcast circa 2005). Perhaps it's hypocritical of me to favour tape over mp3 when I'm starting a Net-label that thrives on digitising cassette sound, but my excuse is that I'm using the free mp3 download route to do something that would be impossible via other formats, essentially: release the unreleasable. It don't get much more Underground than that.

And speaking of which, if there's anyone out there who's got some old demo recordings featuring any of these babies, I wanna hear from you!
Posted by N.E. at 8:30 PM 7 comments: