Firstly, greetings to those of you following the chain of blog posts in support of the last ever Blogariddims podcast, entitled "Terminus". If this is all going to plan then you've just left Droid's post at Weareie, and will shortly be heading over to the Heatwave blog to catch the next written installment. Or, if you're just passing by and wondering what this is all about, here's the list of all contributions, in the order which they appear, with associated links...

I've only had chance to have a quick listen to the complete podcast, but there's certainly some excellent stuff going on, with several of the 'Blogamuffins' finding ingenious ways to shoehorn as much musical information into their allotted spaces as possible. The Rambler's further adventures in modern classical is a particularly potent (and educational) showcase, but it's a rollercoaster ride from the start, and if you can't find something here that doesn't intrigue, delight or bewilder then you is one jaded muthafucka. It's been an honour and a privilege to be involved in this illustrious series that began back in 2006, and I'm very pleased to be part of this final mash-down.

When they asked me to come up with six minutes of audio, I figured the only way a slow, laborious dj like me could do something interesting in such a short segment would be to go for a cut-up/collage approach rather than a proper mix (Matt B has done something similar in a reggae context). So I spent a few weeks gradually collecting a bunch of musical snippets, culled from a variety of sources, including vinyl, cassette, CD, live microphone and video tape (with no TV attached to the VCR, hence no distracting images, enabling me to focus purely on sound).

Far too many snippets to list here. In fact I don't think I could if I tried. Some of it is very random stuff where I'm not actually sure what the original source material was! However, some of the artists featured (in no particular order) are: Tom Baker (actor), Broadcast, Daphne Oram, Data 70, Jah Shaka, Sarah Sutton (actress), Child A (voice & turntable manipulation), Child B (voice), John Cale, Pierre Henry, No.1 Astronaut, Paul Spurrier (actor), John Cage, Syd Barrett, Throbbing Gristle, Brian Hodgson, Joe Meek, Delia Derbyshire, Dick Mills, Faust, Burl Ives, Sweet Exorcist, Todd Rundgren, John Baker, Suicide, W. Merrick Farran & Edgar M. Vetter, Anthony Ainley (actor), The Hafler Trio, Bernard Herrmann, Eric Peters, Raymond Scott, E.A.R., John Cameron, Steve Reich, Gareth Thomas (actor), Beaver & Krause, Roger Limb, Ted Atking & Alain Feanch, John Foxx, Milton Babbitt, The Beach Boys, Walt Rockman, Mordant Music, Captain Beefheart, Sammie Winmill (actress), Henry Blair & Ray Turner, Milt Jackson, T. Elerth, John Fraser (actor), Maddalena Fagandini, Cybotron, Cabaret Voltaire and no doubt a few others I forgot, plus quite a few snippets from my own work spanning the past 20-odd years. The parts were then pasted together without much planning. Only the very first and very last were deliberately placed. Nearly all the rest were left in the hands of Chance, to resonate or jar against each other as the case may be. I'm not entirely certain what the end product is trying to say, or even if there is any meaning to be divined from it all. Let the listener make of it what he or she will. The only other thing I will say in it's defence is that it's an honest reflection of who I am, where I'm from and, increasingly, where I seem to be going.

A final thank you to Droid for letting me be a part of all this, and much respect and admiration going out to everyone else who contributed to this series over the past couple of years. 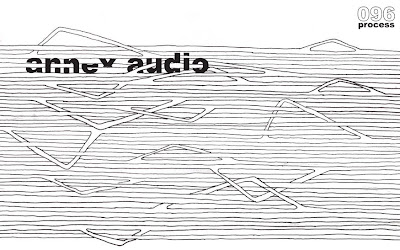