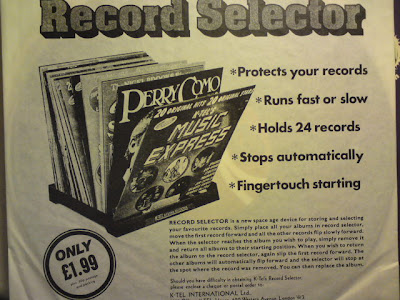 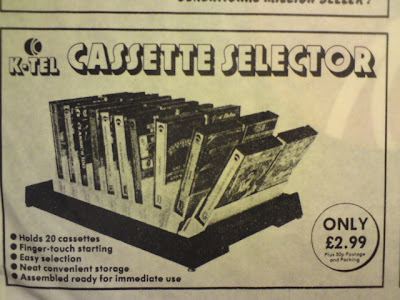 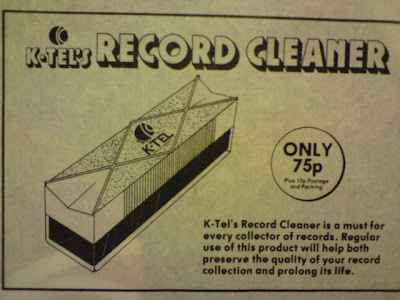 FROM THE DAYS WHEN HI-FI WAS SEXY... 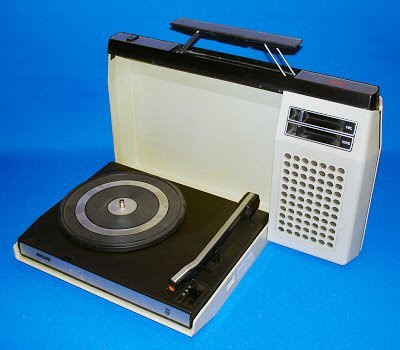 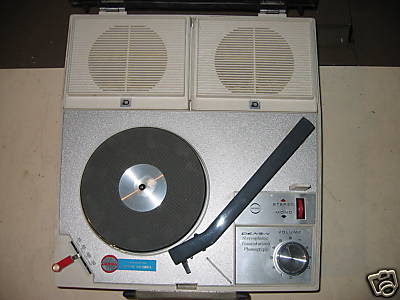 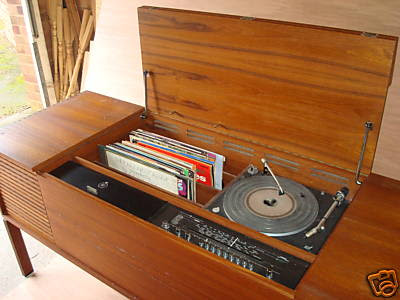 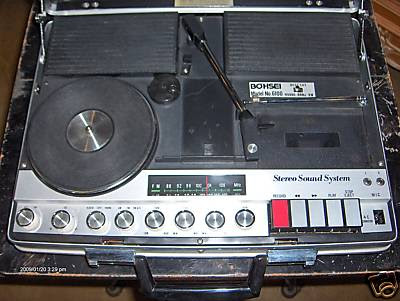 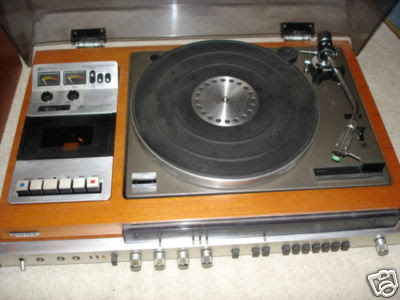 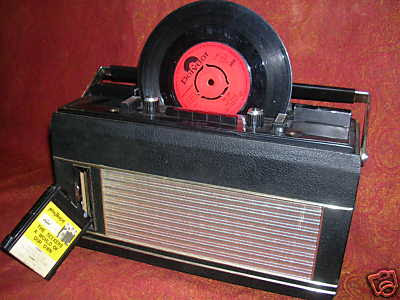 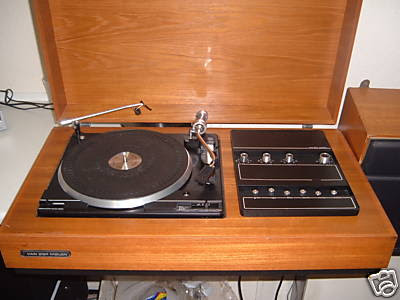 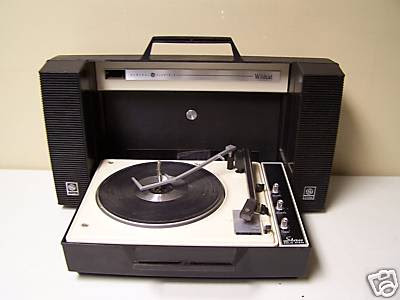 Bleep gets a makeover...

...is a minuscule record label based in San Francisco. The format of choice is the limited edition CD. Though lacking any formal design technique, each release is well-presented with good quality printed artwork in jewel cases, though I think it would be more attractive if they went for a more unusual, possibly hand-assembled approach, maybe with some kind of unique personalisation of each individual item. Why should that matter? Well, I think it matters a lot right now. If the CD is to survive as a format against a backdrop of bleak economics and cheap downloads then presentation is vital, and I think this label needs to think about how they can manufacture items that people will want to cherish in future. I used to co-run a tiny cd-r label with a friend. Editions ranged from 4 to 50+ units, but we never used professional printers or duplication services. Everything was done by hand. I don't recall if that was a political or aesthetic decision - we just enjoyed doing the shit that way, and I honestly believe that the handmade arts will be one of the most effective ways to keep physical media alive in the future.

But enough inane ranting - what about this music? Well from the things they've sent me, it's generally pretty good. Prosumer Sound System makes retrofied instrumental electro/hip-hop/rave to a high standard, though somewhat lacking in 'edge'. Some more imagination/daring with the mixing and editing would definitely raise the stakes, though funnily enough when Prosumer drops out the beats completely, as on the humorously titled "Bonus Beats (No-Beats)" mega-mix from CD#2, the results are far more enlightening - an ambient wash of arpeggios, mentasms and orchestral samples that works perfectly.

Woodman & Woodman's "Sounds Of Wood EP" is a real surprise on account of the quality of his productions - clearly inspired by acts like Chris Clark and Jackson & His Computer Band, I could easily imagine this selection of twisted-tronica and spannered disco being released on Warp Records. But be careful with the heavy use of samples from well-known tracks by famous artists ...it might get you in trouble one day!

Bevels & Drop Shadows' "Vol.#1" is a strangely disfigured collection. On the one hand there are some anodyne IDM moments, then there's the bouncy electro gene-spliced with classical composition or that beautiful little child-like musical box piece that I find so enchanting. It's like they haven't quite decided what they want to do yet - and that makes for a fascinating half-hour.

This is a promising little label that could use your support, so if you're one of the few people out there with a bit of money left in your paypal account, why not give them a go? All releases (complete with audio previews) available to buy from the label's website.
Posted by N.E. at 10:13 AM 1 comment:

Just been spending a 'relaxing' morning listening to this:

"4 punx from all over the world (Distonn/Russia vs. Clip/Belarus vs. Midi Fister/USA vs. Disbreakz/Croatia) decided to make a record/split featuring their vision of subversive breaks.

To spice things up, the record cover was drawn by Simon Gane, which makes this record 100% underground.

Guido - Orchestral Lab (Punch Drunk)
Trust Punch Drunk to bring us music from Bristol's freshest underground talent. This one's a kinda throw-back sound from one of Joker's grimey mates. As the title suggests, it's brimming with big orchestral arrangements of an unselfconsciously synthetic variety, shot through with the kind of raw squarewave riffs I haven't heard since Grime's instrumental 'golden age' a few years back. The strongest comparison I can think of is DJ Oddz in his prime (before he found God) - cinematic and emotional. Flipside "U Make Me Feel" continues the theme but with a moodier feel and the addition of a pulsing trancey undercurrent. I dig.

Various Production - Without You/Hole In My Memory
Occasionally Various send me links to new tunes, and these are the latest examples. "Without You" has a really odd, disjointed groove with high levels of 'feminine pressure' whilst the other one features Gerry Mitchell's grim Northern monologue. Both very different but continuing to prove that Various are still experimenting in the margins to good effect. Check their website for news and streams.

Subeena - Call It Anger/Dot - Longitude (Imminent)
Digital-only release from the label formally known as Immigrant. Subeena's track is a meaty 909 stomper, 4/4 stylee, full of jittery synth-pulses and melodic hooks, but also a subtle undercurrent of atmospheric fx. Dot's "Longitude" has more of a breakstep flava with it's dense layers of looped percussion. The loops are quite loosely syncopated, giving the track quite an organic 'live' feel. A tidy little two-tracker, which presumably you can buy on the 'net somewhere...

Search & Destroy/Toasty - Remixes (Hotflush)
I can still remember playing-out Loefah's remix of "Candyfloss" at Dubloaded when it first came out, to a packed room with N-Type, Skream and Chef watching approvingly from the wings. Ahhh...those were the days. Well, looks like Hotflush have seen fit to give it a re-issue and rightly so, as it's probably one of the great defining examples of Loefah's signature sound. Flip-over for a new refix of Toasty's "The Knowledge" (one of those tunes that just won't die) from Untold, which ramps-up the pressure whilst remaining respectful to the structure of the original.

Untold - Sweat (Hotflush)
And here's Untold once again, cutting-loose with a solo release. The A-side is maybe a bit too 'progressive/functional' breaks for my taste. It's pretty dull, actually. But the b-side "Dante" is much better with more of a 2-step swing on the beats and some sweet dubby chords.

Pangaea - Bear Witness (Hotflush)
Hessle Audio's Pangaea moonlighting on Hotflush with the kind of deep, thoughtful vibes we've come to expect. Actually, the lead track is almost too thoughtful...not much going on really...what do you say about it? 'Useful mix-material'? The flip-side "Mosaix" has a lot more going for it - stealthy and urgent with vague 2-step groove, warped double-bass, vocal snatches and a beautifully spooked pad-sound. Yeah, definitely another one where the b-side pisses over the a-side. Am I starting to see a pattern emerging on Hotflush here...?

Various - The Limpet (Couchblip)
Intriguing 4-tracker from Couchblip, perhaps wisely kicking-off with a track from established producer Boxcutter, in dreamy abstract mood on "Jaywalk". But then comes the completely bonkers "Araty" by Kadah-Vresky (who??!), which is a wild mash-up of dub, hip-hop drill-n-bass and spazzed-out editing with a dash of Raymond Scott. Funckarma's "FictionStub" keeps it weird with fizzing oscillator riffs bubbling under a half-step riddim with messed-up stream of consciousness vocals, and Herrmut Lobby brings thing to a satisfying conclusion with the relatively sane atmospheric stepper "Birds". Tip!

Threnody - No Hype EP (UK Trends)
First release from long-term soldier Threnody's new label, and it sounds like the man's on a mission from God. Opening track "Baghdad Street" features percussion loops and atmospheres sampled from the streets of Istanbul, giving a strong eastern flava to this restless, intense track. "To Have You" brings us firmly back to the UK, with a dark techy garage sound of the kind you used to hear on early Souljah or Hotflush records. Love it! Final track "Hype Hype" is an incredible 10 minute-long journey of relentlessly busy drum rolls, pumping sub-bass and endless cascading synth/trumpet melodies. Recommended!!

23Hz & Numeastro - Zumo (2nd Drop)
Excellent production levels on this release, and some really nice touches, but the overall feel on this and the flip "Fantasmas VIP" is a bit...old and tired. I used to get sent tonnes of demo tracks with drums just like these two or three years ago and frankly I don't wanna hear anymore in my life right now. But hey, don't let me put you off...

Rossi B & Luca - Jah No Dead (Soul Motive)
Now this is more like it - proper fucking dark garage from the El-B/Burial nether-zone - truly the sound of ghosts in the machine. Love it love it love it! Though funnily enough the flipside track by El-B himself is a fairly pedestrian (though undoubtedly tight) piano/breakbeat workout that once again fails to enthuse me to his new material. But for the Rossii B track alone you need this record, which should be out around the end of March.

Forensics - The Horror & The Glory (Digital Sin)
Another day, another Forensics promo. This one's a six-track cd-r that continues to mine those distinctive depths of dark, undancable dance music for social misfits and damaged bass-addicts. I like "Comfort Blanket" best - as the title suggests it has just that little bit of reassurance and hope in an otherwise nightmarish soundtrack world. Mind you, I must admit I think "All To Waste" sounds bloody lovely in an entirely different way with it's eerie and unsettling washes of melodic texture - one of Krys' best so far. I'm feeling the Horror, though the Glory eludes me. More info at Digital Sin Myspace.
Posted by N.E. at 12:43 PM No comments: