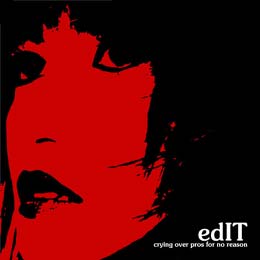 This album came out back in the Spring, and is the work of one Edward Ma from Los Angeles. Combining phat, twisted shatter-beats with fairly straight, rambling instrumentation (acoustic guitars, pianos, cellos) this is "Windowlicker" for introspective alt. rock headz. The production is impressive throughout, though if I had to make a criticism, it achieves a certain level of sophistication but, without the spell-binding dazzle of Prefuse 73 or varied mood-shifts of Four Tet, the end result is a bit one-dimensional. Perfect as semi-engaging background music or to dip into for brief stimulation, but listening intently for more than three tracks at a time you just wish Ma would shift the emphasis a little, to the extent that "Mildew" - the final, brief, beatless acoustic jam - feels like a revelation. Still, take any track on it's own terms and you can't really fault them as examples of broken-beat Americana in full effect.

I could've picked virtually any track at random as an example (you can also check the clips of others like "Ants"or "Mop Head" ), they're all around the same length/vibe, but this one particularly caught my attention for those sweet, wordless female vocals on a hippy, trippy sunshine-daze tip - maybe I'm just missing the Summer....
Posted by N.E. at 7:00 AM