THE END OF THE YEAR IS NIGH...

I've suddenly become conscious of the fact that there's only a week and a half to go before I take my Xmas/New Year break from blogging, and there's still quite a few things I want to 'big-up' before they become last year's news. Rather than do the standard 'best of 2004' list, I'm going to take a closer look at some key releases that were particularly inspiring to me, starting with some of the things that I wrote about before becoming an MP3 blog, in a last ditch attempt to get everyone interested, kicking-off with some Luke Vibert... 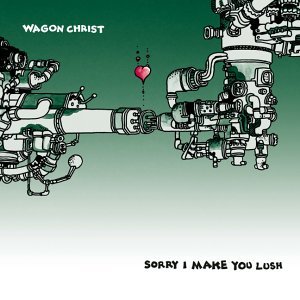 "Fear Luke may have dropped below the T.o.I (that's Threshold of Inconsequentiality) career arc wise and aesthetically (not heard the Kerrier District thing though which has its supporters) but glimmers of the old Vibert magic cling to such as "Sci-Fi Staircase," which seems vaguely descended from (if not an outright remake of) "Shimmering Haze," my favorite tune on Tally Ho!. Ghastly to hear the 303 yet again on the title track, though."

"Luke Vibert returns this month with yet another release, this time under his more familiar alias, Wagon Christ. The album is called "Sorry I Make You Lush", and it's superb, assuming you like your wide-screen trippy Avant Garde sampledelia coated in a honey-sweet melodic E-Z Listening layer of gorgeousness, that is. The trademark Wagon Christ sound has been augmented by big dollops of turn-of-the-'70s cheesy Moog synth exotica (think Dick Hyman, Walter Sear, JJ Perrey and countless 'Moogsploitation' albums), fully updated for the 21st Century of course, and (after his recent flirtations with Amen Junglism and Avant Disco revivalism) a strong quota of 'classic' oldskool Hip Hop breakbeats including, on the title track, the 'Apache' break. Oh, the audacity! If ever there was a museum dedicated to the evolution, sounds and grooves of Dance Culture, then surely Vibert would be in line for the curator's job. His hard drive must be choked full of classic samples, which he diligently exhumes, polishes and recycles with such unselfconscious glee that you can't help but smile as yet another dimly-remembered sonic artifact emerges from the constantly shifting flux. Of course, all this could be dismissed as train-spotting nostalgia if not for Vibert's highly imaginative arrangements. His ability to blend seemingly disparate genres and eras into totally unified and unique new shapes is the key to his success, along with that indefinable 'feel-good' factor that, for me, makes this album my nomination for the Official Gutterbreakz Soundtrack To Summer 2004. But what's this? As the album draws to a close, the enraged/anguished voice of Charlton Heston rises out of the mix to cry: "Damn You! God damn you all to Hell!" (and I'm sure you don't need me to tell you where he got that sample from). It's rather out-of-character for Luke to end a record on such a sour note and, come to think of it, the curious album title could be perceived as a bit peevish too. So who's been pissing Vibert off? My guess is that he's had some problems with sample-clearance. Imagine some long-forgotten songwriter complaining about Luke's uncleared use of a sample from some obscure, crappy library record. Luke's response might be "sorry I make you (sound) lush, you ungrateful old git" . This is, of course, pure supposition and conjecture. I really don't have anything more worthwhile to think about." 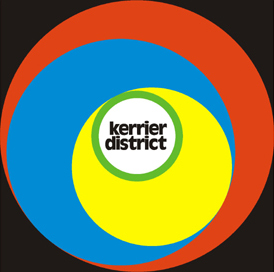 I never actually got around to writing anything much about this album at the time. I was initially a little disappointed by it, to be honest. It was certainly a departure from all previous work, forsaking the usual polyrythmic shuffle-beats for a straight-ahead disco vibe which, although refreshing, seemed a little contrived and unsuited to Vibert's style. The title also suggested that this was some kind of Cornish response to Metro Area's superb reinvention of instrumental disco muzak, but lacking the dark, spacious feel that made that album so special.

But over the last few months I've grown to appreciate it's strengths, even love parts of it. Vibert's obvious enthusiasm for the genre wins through in the end and you can forgive the occasional lapses of judgment. It's one of those albums that simply exists to make a nice, groovy noise, and I find it works particularly well as driving music. It can be a perfect accompaniment to a good day, or lift your spirits on a bad one. No, it's not an 'important' album, but I'm glad I've made friends with it. Let some of the Vibert love into your life...