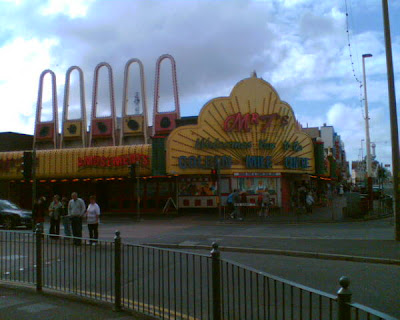 I saw some interesting, even beautiful places during a recent tour through the North of England, but nothing quite as obscenely fascinating as Blackpool's famous promenade. The architecture is simply astonishing...a strange mish-mash of styles from Victorian pomp to disgusting 60's vulgarity, all crushed together and wrapped in a permanent disorienting swirl of light and spectacle. Growing up in Bristol, I spent my childhood holidays at resorts on the south coast, never encountering anything like this. Sod the bloody Tower or the piers, for me the most mindblowing piece of architecture was this weird thing covered in rectangles with rounded-edges (see below). I was totally gripped by it's guady stupidity, and the way it was gradually falling into disrepair and neglect. I can imagine that, if they closed-down the arcade that occupied it's ground floor, the entire building would just collapse in an exhausted heap of rubble. 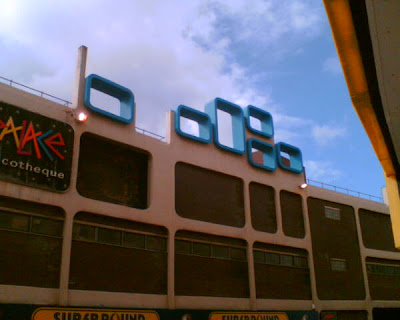 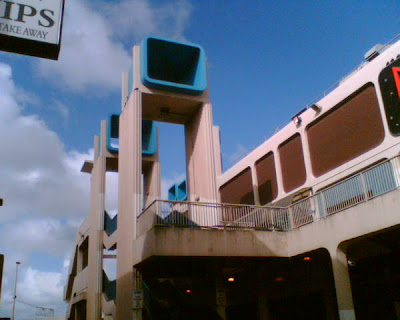 It's external stairway fucked me up...it was like walking into the pages of a Jack Kirby comic - an angular, snaking monstrosity...the jaws of fucking doom... 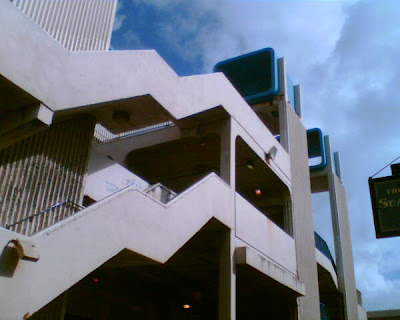 Speaking of disrepair, the Big Dipper at Pleasure Beach was a thing of wonder. Despite obvious attempts to update Pleasure Beach as a modern day (Americanised) theme park, much of the old world remained, including the Big Dipper, now completely dwarfed by the Pepsi Max roller coaster. It looks like a fucking shambles, it's rickety wooden structure gradually rotting in the salty air, paint peeling, rust seeping from the bolts that hold it together. 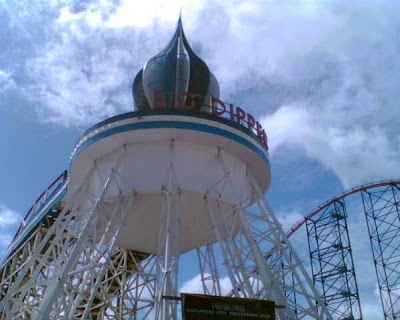 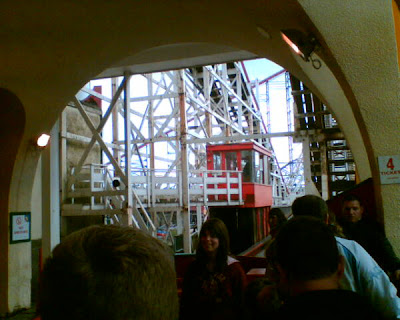 The Big Dipper's main entrance is a scream - a pointless expanse of orange shades, like something Kirk and Spock might've visited in the future of the '60s. I felt like I was walking onto the set of Barbarella, or the film adaptation of Moorcock's The Final Programme. 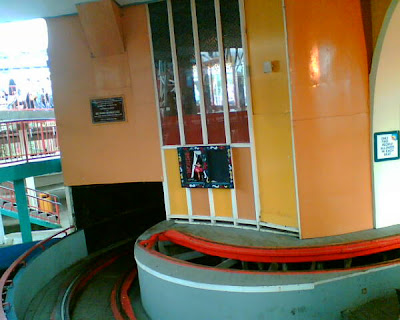 There's nothing like the desolate working men's club atmosphere of the Central Pier's family bar at lunchtime. Old England prevails here. You can smoke a cigarette anywhere you damn well like in Blackpool - nobody seems to give a shit (apart from me who's recently given up and my pregnant wife). Blackpool is a nicotine smoker's paradise. I felt utterly alienated, as though I was the only lower-middle-class Southerner on the planet. It was an interesting feeling. 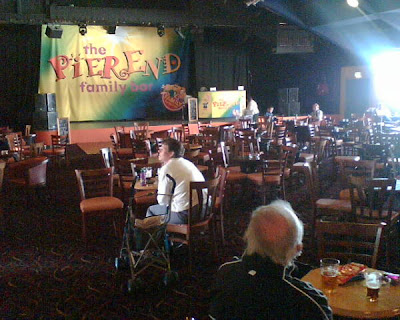 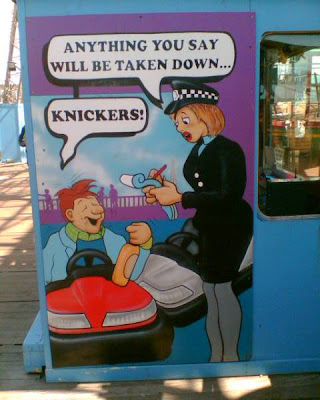 Blackpool at night should be wonderful, but actually feels slightly seedy and unsafe. Behind the flashy razzmatazz lurk unshaven men, counting their money. Seemingly all the people doing the menial work in the service industry have eastern European accents. There's a vague smell of mobsterism, opportunism and exploitation. 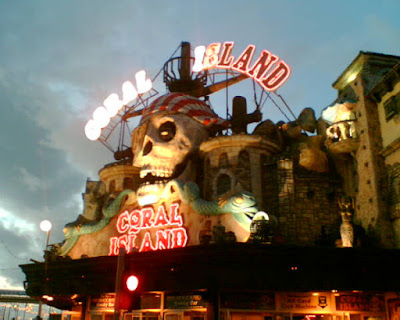 Alarmingly, the poster below would appear to be designed to appeal to people of my generation. How mortifying. 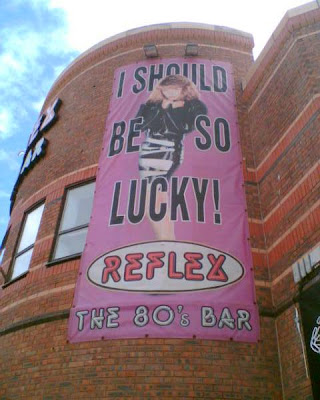 Couldn't finish without a mention for the Doctor Who Exhibition, which was originally located at Longleat but now resides on the Promenade at Blackpool. Nice to see it still exists in some form. I was impressed to note that, amongst the many collectible items on sale in the shop, was an original 7" single by The Human League - the one with a Radiophonic Workshop homaging b-side called Tom Baker. I also felt vague pangs of sadness at the array of original Target novels, toys and mags, many of which I once owned, most of which have long gone from my life and now act as forlorn beacons to memories of an expired childhood. 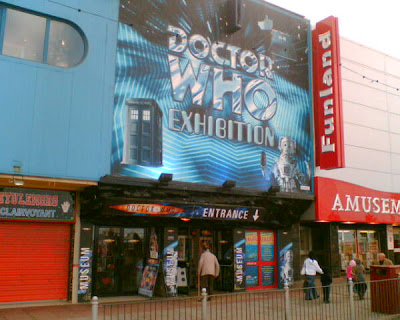