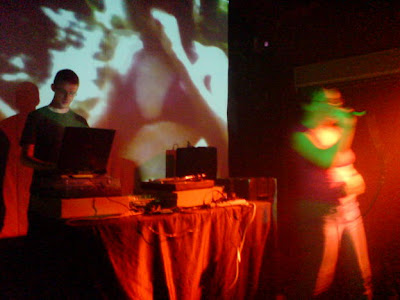 Nice to see the Ruffnek Discotek open for business again last night, relocated at one of my favourite venues, The Croft (the original home of Dubloaded). Also my final chance for some serious nicotine action before the smoking ban comes in to force tomorrow. Yep, for the benefit of overseas readers, I must point out that yet another blow has been struck against the civil liberties of the English people: no more smoking fags (or any other combustible substance!) in enclosed public places after this weekend. I'm more or less given up anyway, and am used to smoking outside at home ever since we had kids, but still I like a smoke with my Guinness when I go down the pub. And why not? I'm a grown-up - I should have the right to choose, right? Down with the nanny state!!!

But I digress...it was nice to see Atki2 teaming-up with freestyle MC Renee Silver once more (see above). Young Renee's verbal skillz is still ill - her improvised 'oral sex' rap (my suggestion!) hit the spot nicely, thankyouverymuch. Atki2's brand new 2 Step refix of Peverelist's "Roll With The Punches" was a surprise musical highlight.

It was a pleasure to see Plastician in action again - it's been a while. His set was all big wobbly bassline bizness, not much Grime, which was surprising. Nice to hear a Jakes tune in there. But who was the MC? No one seemed to know. Without doubt he was the most relaxed MC I've seen for a while, spending much of the night just rocking back on his heels with a big grin on his face. Reckon he'd smoked a bit too much of the funny stuff beforehand. Apparently Plastician's debut album is finally due in about four weeks. Yeah right, I'll believe it when I see it...

Missed Joker's set due to chronic exhaustion. The baby's been a bit ill recently and I've not been getting enough sleep. So it goes. Anyway, some pics... 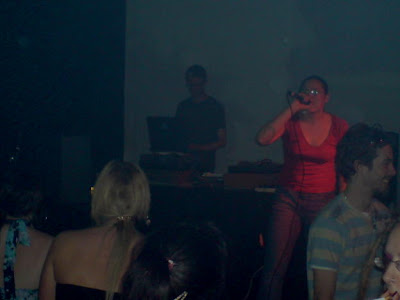 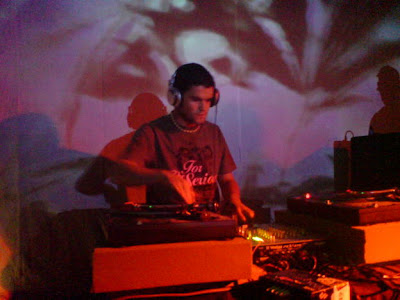 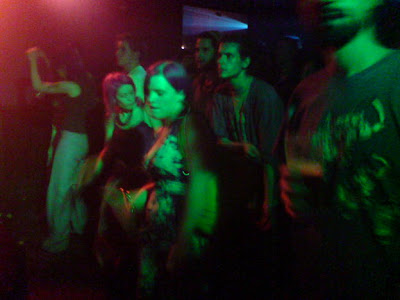 It was a busy night - the crowd was hyped! Raaaahh!! 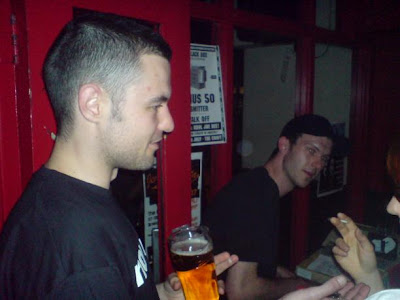 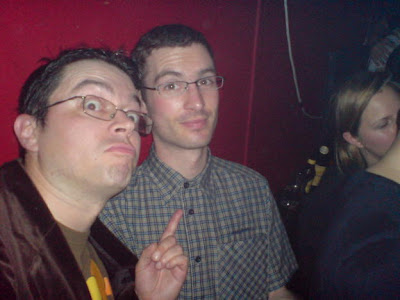 My hero! Gutter with the mighty Peverelist 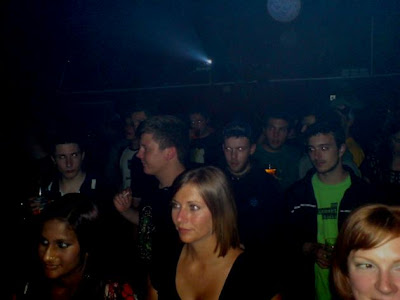 Watch out girls, the Dub Zombies are behind you!! 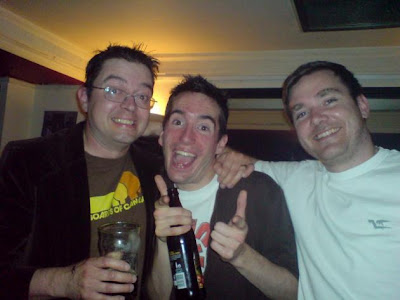 
Nice to see Pete getting props in Blackdown's latest Pitchfork column, which in turn led to a Forsaken thread on Dissensus. I met Henry's mum, who proudly stated that she got him into reggae when he was still in the womb. Now that's hardcore. Additional shouts: Doppleganger, Thinking, Sally, Komanazmuk, Wedge, Chris, Adam Kidkut, Adam Smokering...
Posted by N.E. at 9:20 PM