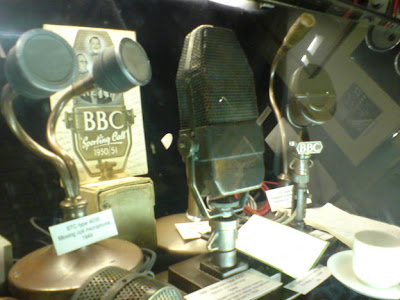 During a recent family holiday along the Somerset coast, I chanced upon the Washford Radio Museum, situated at the site of the old BBC Regional Transmission Station, which is still operational, though since upgrading to more compact modern equipment in the late '70s most of the building (a nice example of '30s Art Deco architecture) became surplus to requirements, so it's since been transformed into a family wildlife/adventure park, which was the reason I was there - trying to keep the kids entertained! 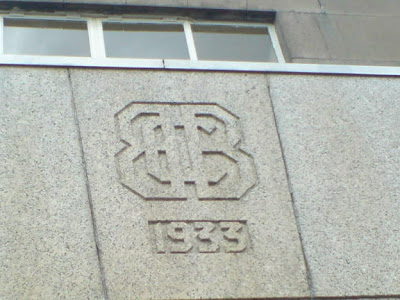 Get past the animal enclosures, aquarium, cafe, gift shop and kiddies play areas, and the Radio Museum is situated in a smallish inner-chamber nestled at the heart of the building. It is unattended, and during the time I spent wandering around it's cramped exhibits I didn't see a single other person, even though the rest of the site was respectably busy with other holidaymakers. Naturally, Mrs. Gutter and my children had no interest in accompanying me to the museum, preferring to stay outside enjoying the intermittent sunshine. I wouldn't have it any other way: they keep me anchored to the present where otherwise my mind would be perpetually lost in the past or wondering about the future. Ancient recordings of ballroom music piped softy around the room, adding to the odd sense of stepping into another world, or time. 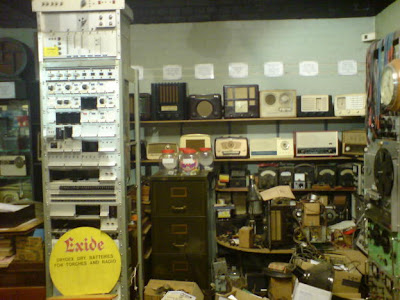 Although many exhibits were nicely labeled and housed in glass display cabinets, many others were piled in seemingly disorganised heaps, as though who ever curates the museum had been overwhelmed by the task and simply gave up trying to organise it. As the museum's name suggests, there were plenty of old wooden or bakerlite-encased wireless radios on show, but it was the more arcane professional audio equipment that really intrigued me - unwieldy hunks of tin covered in knobs, switches and dials, who's original purpose wasn't always immediately obvious. 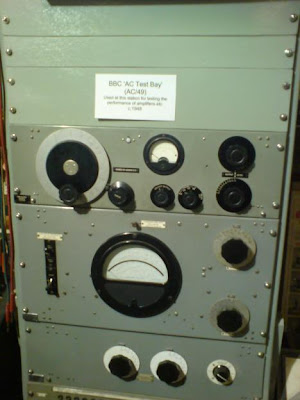 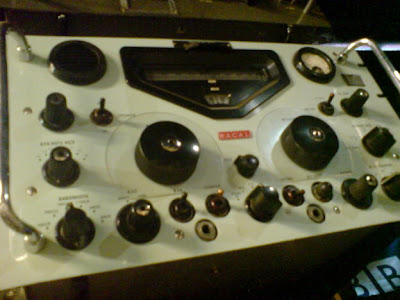 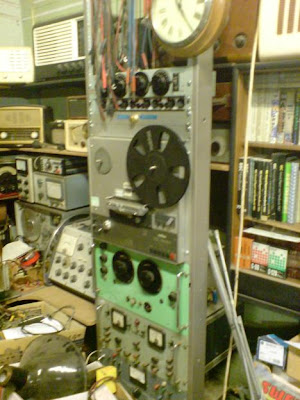 There were a few beautiful old reel-to-reel tape recorders on display, too. The sort of things that were undoubtedly used by the Radiophonic Workshop back in the '50s and '60s to create those incredible Music Concrete mini-masterpieces. In the hands of people like Delia Derbyshire or Brian Hodgson, these tape machines became early samplers. 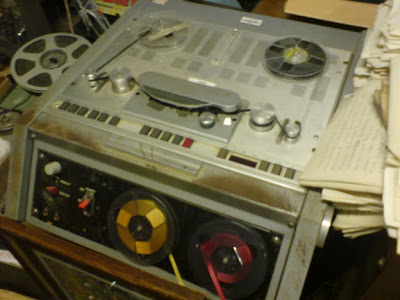 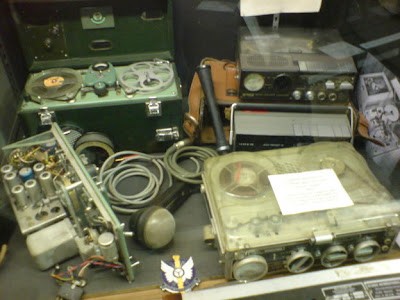 Elsewhere, a selection of microphones (see above, top) ,a dusty mixing desk, some fucking huge valves and of course a gramophone... 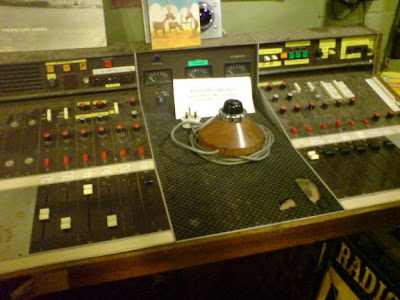 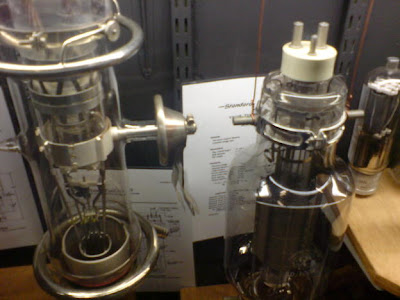 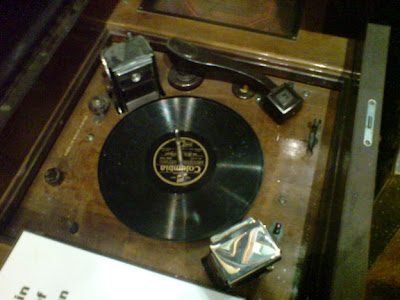 Not forgetting piles of old issues of Wireless World and other technical magazines of the period, featuring enough design ideas to keep Ghostbox's Julian House inspired for several years... 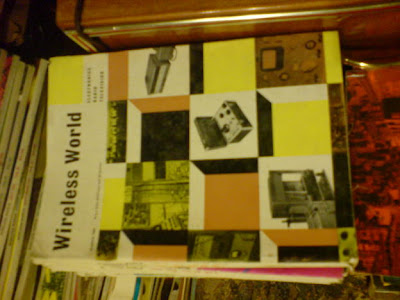 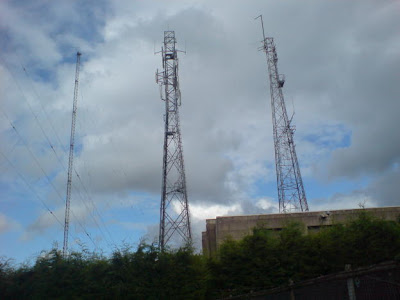