The first time I recall actually being 'haunted' by a piece of music came from an unlikely source... 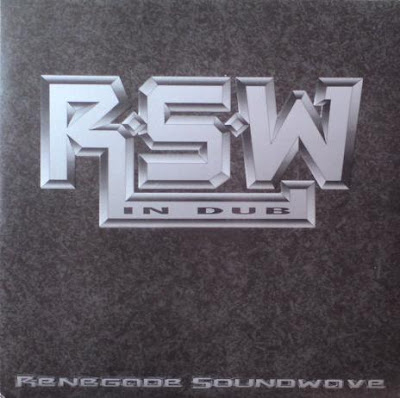 It was 1990, I was 21, and totally 'in the Now'. But then a track called "Transworld Siren", tucked away near the end of Renegade Soundwave's "In Dub" album stopped me dead in my tracks. Of course, I was already aware of music's power evoke memories of a certain time or place, but this was something else. It was just a sample, sounding like a sequence of chords hammered out on a reverberating piano, or maybe a harpsichord, synchronised to, and dubbed-out, over a loping breakbeat. But it sounded very familiar to me, though I couldn't place where I knew it from. It took me somewhere, but the outlines were too fuzzy and indistinct to pinpoint the location. Everytime I heard the track I felt something tugging at my subconscious, and it obsessed me for quite some time.

Eventually I managed to I.D. the sample. It was the opening bars of John Barry's "Theme from The Persuaders". I don't recall ever watching the programme, but I suppose it was the sort of thing my dad would watch on telly when I was very, very young, and presumably weekly exposure to the theme tune caused it to lodge somewhere in my little brain, where it would remain dormant for nearly two decades. Then hearing the RSW sample caused a few neurons to start spitting little electrical signals, triggering some sort of garbled flashback experience that I was unable to process or make sense of. 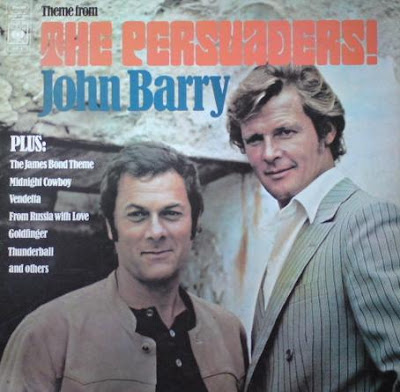 I still don't really understand what my brain is trying to tell me when I hear this music, but what a fucking great theme tune, eh?
Posted by N.E. at 7:28 PM