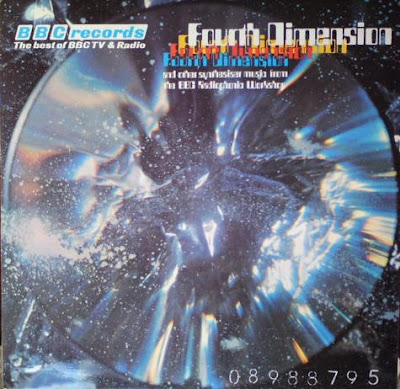 Featuring 'music heard on radio and television - including test card transmissions', this is the electronic flipside of the Tijuana muzak that held sway in '73. I think what fascinates me about that period is that I was there, but I don't really remember it very well, and its these less celebrated, barely documented slices of cultural ephemera that I find most intriguing.

This, the second Radiophonic Workshop album, was entirely composed and realised by Paddy Kingsland. A tunesmith who could seemingly bash-off a catchy signature tune in his lunchbreak, Paddy was the natural successor of John Baker. Except that his music here completely fails to conjure the other-worldy vibrations of his '60s forebears. All tracks feature live rhythm sections which instantly grounds them within the 'real world', and his easy-cheesy synth arrangements are only a hair's breath away from being crap 'Moog Records', except of course that he was using British EMS synths and writing his own music, rather than making insipid copies of the pop hits of the day. 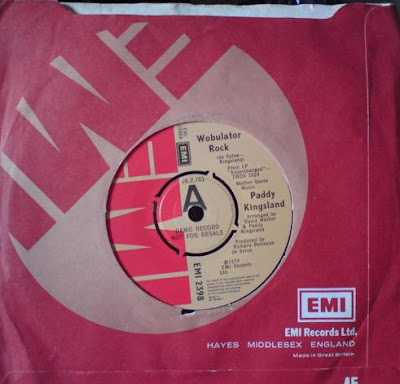 'Wobulator Rock' is clearly a homage to the beat frequency oscillators used by the Workshop in the pre-synth era, although I doubt there's any real Wobulator on this track - they would've been collecting dust in a storage cupboard by the mid-seventies. However it does feature some pretty crazy detuned EMS riffs. The b-side is a cover of 'Get Back', which sees Paddy finally succumbing to the moog-sploitation tendencies that always threatened to undermine his muse. This 7" demo disc is apparently lifted from an album called "Supercharged", of which I've not had the pleasure.
Posted by N.E. at 12:17 PM