Discovered completely by accident earlier today, whilst thumbing through a box of '90s British Comics (Crisis, Strip, Revolver, Judge Dredd Megazine, 2000 A.D...) in my garage. Picked one out at random to have a browse through - this one. Came across an interesting story called "Cannon Fodder"; a really trippy excursion featuring Albert Einstein and The Devine Mother. 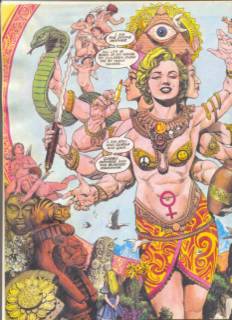 Then a quick glance at the credits reveals: 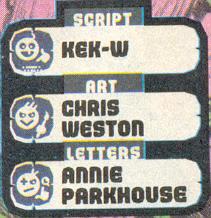 So, Kek...when were you planning on coming clean on the fact that you're actually an artificial entity, constructed by an extra-terrestrial being called Tharg? A full, frank and honest account of your excursions in the land of comic writing is requested, nay demanded.