Y'know, Chris Cunningham got it completely spot-on when he thought of using hyperactive martial arts action sequences in the video for Squarepusher's drill'n'bass landmark "Come On My selector" back in 1997. Tonight I was sat on the sofa 'chilling out' listening to Shitmat's totally bonkers "KillaBabylonCuts" album -a truly exceptional piece of work, if I might be so bold - with the TV on at the same time. I was watching a martial arts movie called "Fists Of Legend" on BBC1, when I noticed that the high-speed fight scenes were almost perfectly in sinc with Shitmat's outrageously OTT Gabba-Jungle concoctions - a flurry of limbs accompanied by skittery snare-rolls, a fist connecting with jaw accentuated by sinewave sub-bass detonation, a mouth opening to utter some Kung-Fu yelp in harmony with a snatch of Ragga MC chatter - it was almost uncanny. The overall sense of hyper-kinetic delirium shared by the two mediums produces similar sensations of bewildered euphoria in the viewer/listener. Has anyone ever done any serious study into the correlation between martial arts and breakbeat science?

On the subject of Chris Cunningham et al, Warp Records release their first DVD video anthology next month. You really should buy it, you know.... 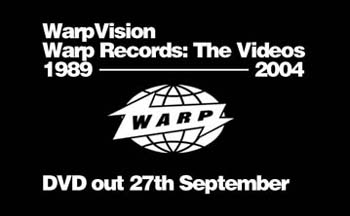