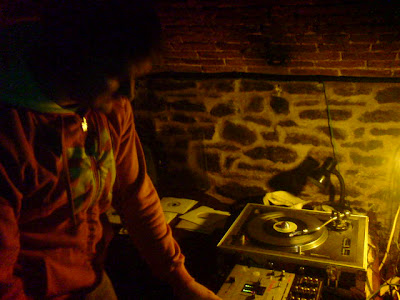 What a great way to end my week of partying - down at Cosies for a night of Ruffnek Discotek niceness, proving once again that you don't need a big venue or big outta-town names to have a wicked night (although watch out for their February line-up at The Croft - it's huge!). Beavis warmed the place up with his exemplary reggae selections, then Forensics brought the dubstep flavas. Without any cd decks at his disposal (and too miserly to cut dubplates) Krys opted for a 'classic' selection spanning the past three-odd years, rather than an exclusive set, which brought back some nice memories. Then Atki2 treated us to, among other things, some intriguing examples of his new futuristic Dancehall direction, which bode well for Steak House, the new 7"-only label he and Dub Boy are starting-up next year.

A much needed increase in volume, combined with sudden influx of punters, meant that the night really kicked-off when Dub Boy went head-to-head with Brother Wetlands, firing out an irresistible hi-octane blend of bashment, grime, bassline and booty bass which, if I'm honest, was possibly the single most satisfying hour of entertainment I've had all week. The crowd response and the dj's naked enthusiasm was very infectious. Then Henry finished the night with a connoisseur's selection of Panamanian Dancehall (a kinda pre-Reggaeton vibe from the early '90s). Apparently there's not much of this stuff available on wax, but Henry cherry-picked the best cuts from CD compilations and cut his own 7" dubs, which might be considered an extravagant move, but then Henry does own and run his own dub-cutting service. Splendid evening all round and big-up all the people who created that special vibe for the last couple of hours. Good music among friends - what more do you need?

Okay, now I'm all partied-out and ready for a nice looong break. Happy Xmas etc to all readers. I'll be back sometime in the new year. Here's a few pics to finish.... 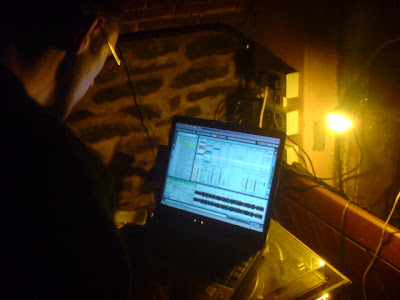 Atki2 with his best friend 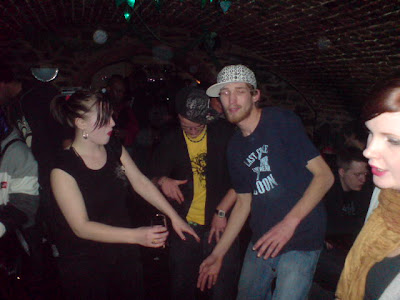 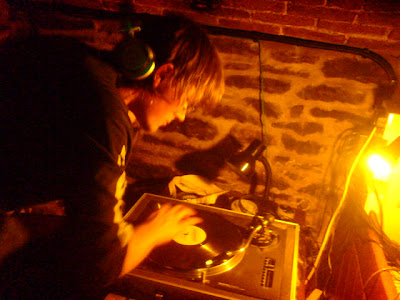 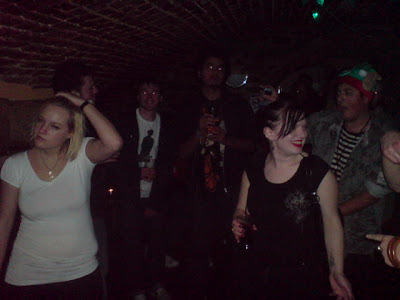 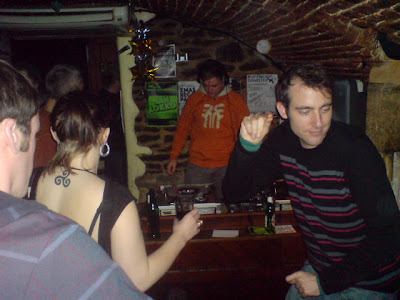 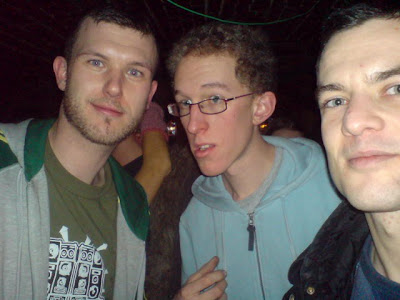 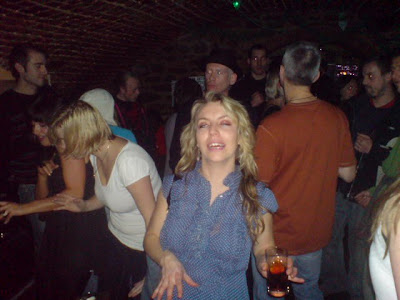 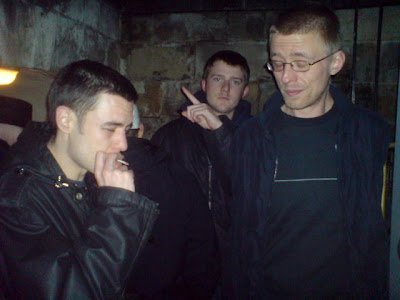