Heh, over a decade since our paths last crossed and Jake hasn't changed a bit. Within ten minutes he was offering me half a pill and, as usual, I politely declined. And he might've ditched the vinyl in favour of Ableton, but he's still an insatiable whore when it comes to djing, giving the crowd exactly what they want, in this case 'filthy electro-house', making sure that everyone has a damn good time in the process. It was an annoyingly infectious set - me and Doppleganger were physically unable to resist, especially when those familiar oldies started appearing in the mix - Eurythmics' "Sweet Dreams", Utah Saints' "Something Good", Josh Wink's "Higher State", some Housed-up Metallica riffs blending into "Blue Monday" - a veritable smorgasbord of guilty pleasures. I used to spend many an hour hanging around with Jake in the dj booth back in the day, and I always marvelled at his consummate crowd-pulling abilities (in contrast to my totally moody, selfish approach) and all those memories came flooding back this evening. It was lovely to see him again and reminisce on times gone by and remember other friends I'd almost forgotten about, even though I kept having pangs of guilt about missing Jabba over at Cosies.

By contrast, Richard Carnage's earlier set was more my usual vibe - deep and minimal with some wicked oldskool acid and techno thrown in, though not sure if he was ready to deal with a gaggle of girls on the lash demanding 'more tunes with vocals' and other such requests. This is what happens when the underground clashes head-on with mainstream clubbing. But I think Richard gave a good account of himself under such trying circumstances. Check Tape blog for Richard's own account of the evening, along with some comments about the previous night's Peverelist/Bass Clef event and details of the next Tape in May, where Patchwerk Man will be making his first public appearance since about 1996.

We left just after 2am, having quickly tired of the following dj's bland tech-house set, though apparently the party carried on until 7pm, in which case I must've gone home, grabbed a few hours sleep and got up again before it had even finished - I'm usually up and about by 6.30am whether I like it or not! 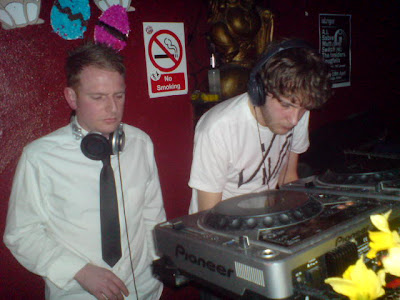 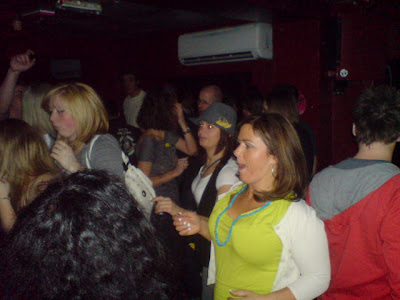