LINX: Turn-of-the-eighties Brit-funk ensemble, fronted by David Grant (vocals)and Sketch (bass). Had a couple of decent hit singles, then it all went pear-shaped.

(from the Gutterbreakz Guide To Pop Antiquities, 7th edition)

Linx were one of those groups from your school days that you just kinda forgot about, until someone like "Rachel" (aka Marcello Carlin) starts poking around in the pop embers in what might well be my favourite Dissensus thread ever, from September 2006, which started out as some kind of Mel & Kim appreciation (more on them another time) and turned into a free- association thing covering Pete Waterman, Sailor and, I notice now when re-reading it, Imagination's "Night Dubbing" (well done Mister Sloane!). Shame it only reached four pages before the crash and burn. In a moment of near superhuman clarity, Marcello posited that "Showing out" was the "missing link between Linx and Nitzer Ebb". Then, in a supernatural moment of synchronisty, Marcello claimed that "the first Linx album (Intuition) is a somewhat neglected Britfunk classic" on the same day that I found a near-perfect copy in the local branch of the PDSA charity shop. Never doubt that there are strange forces at work that we do not fully understand. 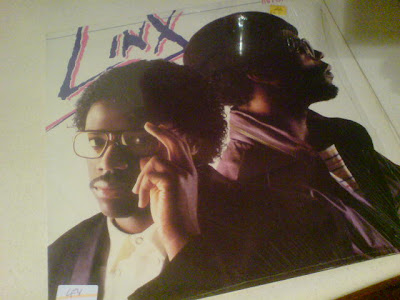 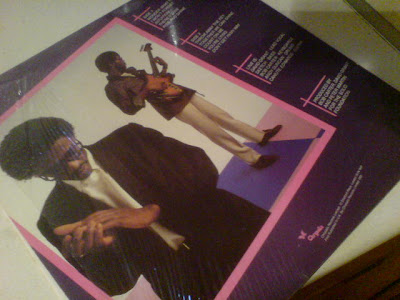 So then I got curious to find out what happened to the enigmatic bassist, Sketch. And of course John Eden (closet '80s pop fan that he is) had the answer. Turns out I already knew what he was doing, I'd just never made the connection that he was the same Sketch who joined avant-funkers 23 Skidoo and who later got ripped-off by those pig-faced cunts the Chemical Brothers on "Block Rockin' Beats". Small world, eh? 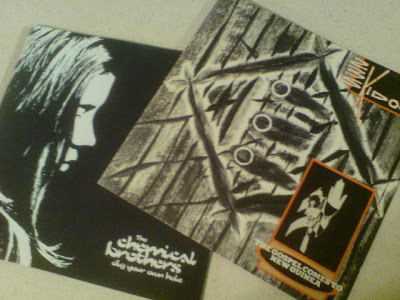 And as for David Grant? Well as the above clip mentioned, he became famous all over again with his wife Carrie on Fame Academy, but right now he's flying high on children's TV in Carrie & David's Pop Shop (which I'm pleased that someone picked-up on in my previous post). For the benefit of any childless readers, here's a clip showing what us dad-types have to endure at 5pm every weekday...

Carrie really is dangerously skinny, isn't she? But my four-year-old is completely under her spell. I really think he's got some sort of crush on her. When asked who he loves most, his Mummy or Carrie Grant, he was unable to give a straightforward answer.

David's looking amazingly good for a guy who's nearly fifty, eh? What's his secret, I wonder. Fucking media whore-bag. I'm down with the Sketches of this world.
Posted by N.E. at 9:44 PM