A belated mention for the 50th Anniversary of that great British institution of the 20th Century, The BBC Radiophonic Workshop. The BBC marked the occasion with a little write-up and a few nice documentary clips at their online magazine, but no actual commemorative releases unfortunately.

Apparently Mute Records are re-issuing the two albums "BBC Radiophonic Music" and "The BBC Radiophonic Workshop" on remastered CD later this year, which I'm sure will be welcome news to those who missed the BBC versions when they briefly appeared in 2002 (not me, though - I bought those suckers on the first day of release!). But it still amazes me that "BBC Radiophonic Workshop - 21", the album issued in '79 to commemorate the Workshop's 21st Birthday, still hasn't been re-issued, despite being, for me, the definitive historical account of the Workshop's achievements. That album is literally crying out for a remastered, expanded edition, but it seems the Beeb have no interest in such matters these days. Shame. Some of the other records, like the Paddy Kingsland solo effort "Fourth Dimension", are probably best left in the rare vinyl world, but others like the sublime sound fx album "Out Of This World"and even the "Dr.Who Sound FX" are still a damn good listen in places - it's not just about laser blasts and whirring mechanoids - some of those atmospheric background textures are still so evocative, as good as anything Eno put out in the name of Ambient musik around the same time.

25 years ago, the BBC marked the Workshop's 25th Birthday with an album "Sound House" (which is admittedly for completists only) and a book - "The First 25 Years", which is really great and highly recommended if you can find a copy. 175 pages featuring lots of interesting info, much of which isn't really talked about these days. Even then, Delia's "Blue Veils and Golden Sands" was described as "without parallel" in the Workshop's output, but it's nice to read a bit of background on the other members for a change (although where was Glynis Jones? I thought she made some superb tracks in the '70s - many feature on the above-mentioned "Out Of This World" album - but she seemed to be overlooked in the book).

But enough rambling, I'll leave you with a few poorly reproduced pics from the book - some of the ones you don't see so often... 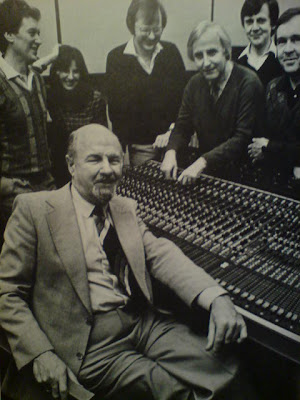 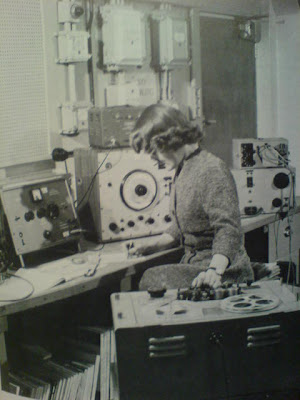 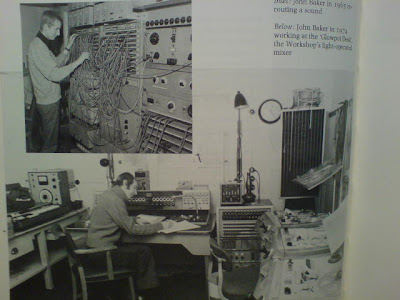 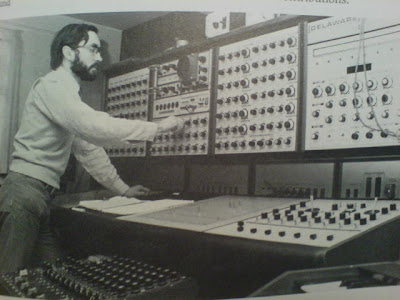 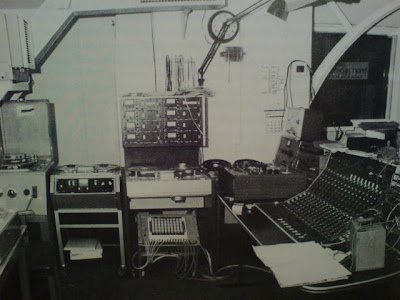 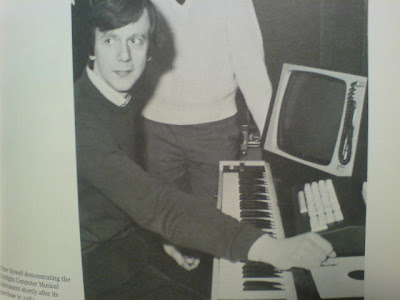 Peter Howell with the Fairlight CMI, shortly after it's purchase in 1981. 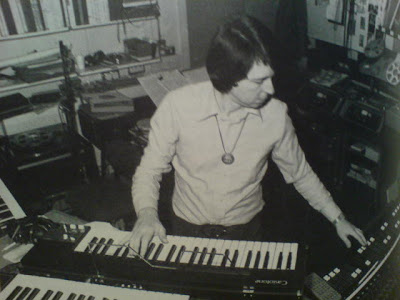 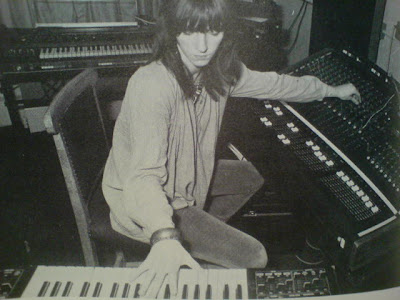