THE DOCTOR WHO ART OF CHRIS ACHILLEOS

(plus some bollocks about electronic music)

Along with Nicholas Fisk's "Trillions" and John Christopher's "Tripods" trilogy, I guess my earliest adventures in the world of sci-fi paperbacks were Target's Dr. Who novelisations. I used get so involved in them, I'd often read them under the bed covers with a torch, after my parents had insisted I turn out the lights and go to sleep! Back then (late '70's/early '80s), with no Sci-Fi channel or even video releases, the only way to experience the earlier Hartnoll/Troughton/Pertwee stories was via the books. Using the descriptions given by regular Who novelists like Terrance Dicks and Malcolm Hulke, one had to use the power of imagination to visualise the scenes. And, of course, the cover art of Chris Achilleos.

Although it could be argued that Achilleos was merely skilled at copying stills from the TV series, that doesn't take into account his masterful use of composition, coupled with his affinity for bold fantasy art, that made each book glow with the promise of epic tales of intergalactic struggle - which was actually far removed from the reality of the budget-constrained TV series. Finding these treasures was as spine-tinglingly exciting then as any coveted vinyl score in adulthood. Funny then, that an artist who was so good at firing-up children's imagination is actually best known for erotic fantasy art! Go here for a peak at some of that nonsense. What follows is a mini-gallery of personal favourites from my collection...

"But Gutterbreakz," you cry, "what's all this crap? I thought you were a bloody MP3 blog now..." Well yes, I am. But this blog started out as a place for me to document all my obsessions, past and present. That remit has not changed. But, just so you don't feel short-changed, I'm tying this theme in with some of the Radiophonic Workshop's incidental music for the relevant adventures.

In the early days of electronic music composition, Britain was rather deficient in the pioneering stakes. The Yanks had a whole bunch of grant-funded experimenters: Cage, Babbitt, Reich, Oliverus, to name a few. France had Schaeffer & Henry. Germany had Stockhausen. Then there was the Italian school...and so on. Until the late '60s, The BBC Radiophonic Workshop was just about all we Brits had! Then you have to take into account that they were working to tight deadlines, with virtually fuck all equipment, yet some of the sounds they created remain timeless examples of the early electronic arts. Creating 'special sounds' for a Sci-fi series like Dr. Who gave this small band of innovators a chance to really cut-loose and show what they could do with a handful of oscillators, a few bits of scrap metal and a two-track reel-to-reel tape recorder. 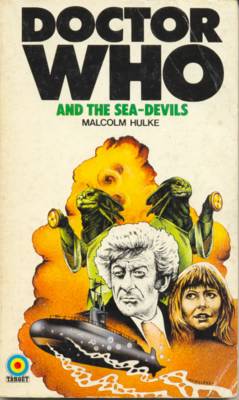 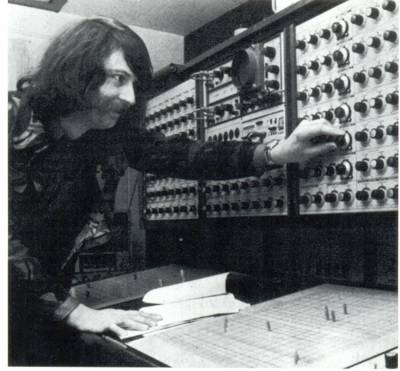 Malcolm Clarke with The Delaware
Clarke's score for "The Sea Devils" is the most notorious of all the Who soundtracks. This is pro-noise Avant Garde electronica masquerading as family entertainment. Can you imagine just how frightening this must've sounded to those little kids back then? Clarke was a true maverick, bending the rules to suit his own twisted vision. This score was produced almost entirely using the British-built EMS Synthi-100 (aka "The Delaware") - an absolutely huge modular synthesiser - which was a difficult beast to programme. Clark threw out the manual and got down to some serious improv shit which made Throbbing Gristle look like a bunch of fucking pussies - three years before they even existed. 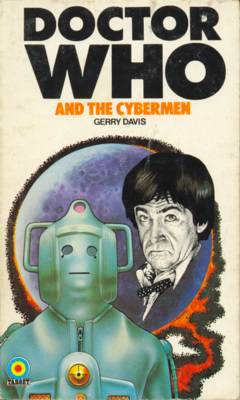 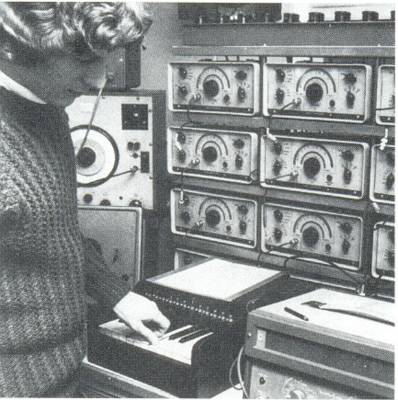 Brian Hodgson gettin' bizzy with the fizzy
Hodgson is one of the forgotten greats of electronic music. Nearly all the incidental Who sounds of the '60s were created by him. This is the guy who made the Tardis take-off sound, for fuck's sake! Although he was in charge of 'special sounds', due to budget constraints his otherworldly creations often doubled-up as the actual score! This is one of his more aggressive pieces, a relentless barrage of cyclic oscillator loops that perfectly reflects the inhuman, unstoppable march of the Cybermen. 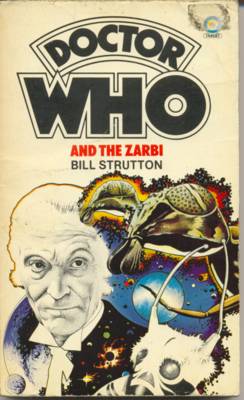 I couldn't actually find anything suitable to accompany this book, but I had to include it because I love the cover and I think it might be the first one I ever read. That's fucked that concept up, then. Instead here's a brief but sublime series of eerie swoops 'n' bloops that was a 1963 idea of what futuristic computers might sound like. It's like something from Kraftwerk's "Radioactivity" album. Only better...

Although the composer of the Dr. Who theme will always be credited as Ron Grainer, it was undoubtedly Delia Derbyshire's electronic 'realisation' of the score that makes it such an enduring piece of music. Derbyshire and Hodgson were from the old school of musique concrete - using magnetic tape to modify sounds. So when the Powers That Be asked them to overhaul the theme using the new Delaware synthesiser, I imagine they were less than enthused by the idea. And it shows. It's funny when you consider that analogue synths are generally praised for their 'warm', 'organic' qualities, that this version sounds so weedy and rigid. Clearly it was a piss-poor excuse for an update, and the Beeb wisely decided to scrap the idea and keep the original for another 8 years. What a waste of taxpayer's money! Today, this abandoned project has a certain charm. It's a curio from another age...